The plans to visit Belfast began back in October 2018 when me and a friend were sat in an Irish Pub in the middle of Berlin. We decided to surprise our other friend with a weekend of fun for her birthday. We decided it had to be Belfast.

The currency in Belfast is sterling and the weather is what you expect. Absolutely freezing in January. Don’t forget your coat! 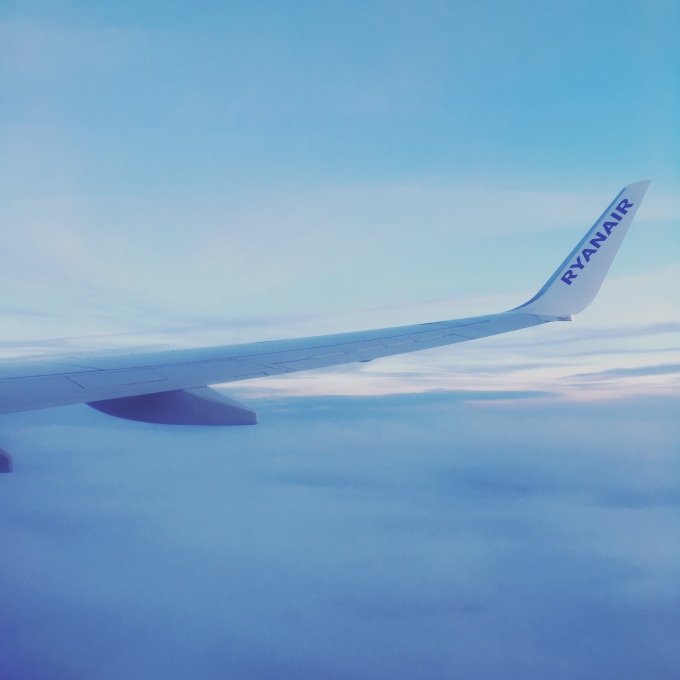 We booked a cheap flight with Ryanair to Belfast International Airport. The flight time from Manchester is only 40 minutes. Perfect. However, from the airport to the city centre it takes around 30 minutes in a taxi. The taxi fare cost us approximately £30.

One thing we noticed about Northern Irish taxi drivers…they have very good ‘craic’. It’s also really easy to get an Uber in Belfast. I would recommend getting Uber’s as they are fast and cheap. Belfast isn’t a big city so our fares were between £4-£6.

We stayed in the Holiday Inn Express on University Street. The hotel was fine. Although, some of the staff weren’t very friendly and you can’t check in till 3pm. So if you arrive in the morning, make sure to get yourself out and about for the day. We left our bags in the hotel and headed out to the Titanic Museum. 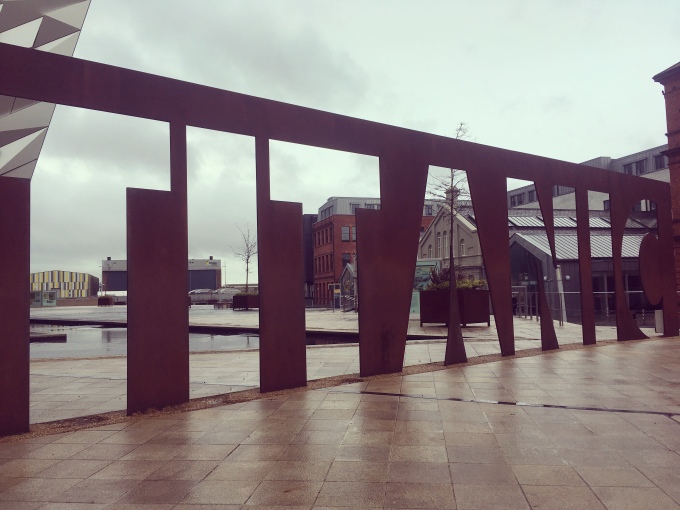 The Titanic Museum was fantastic. It cost us around £18.50 each. The museum takes you around different levels and starts with to background life and work in the 1900’s. It’s a very interactive museum and there’s even a snazzy ride! We were well impressed. 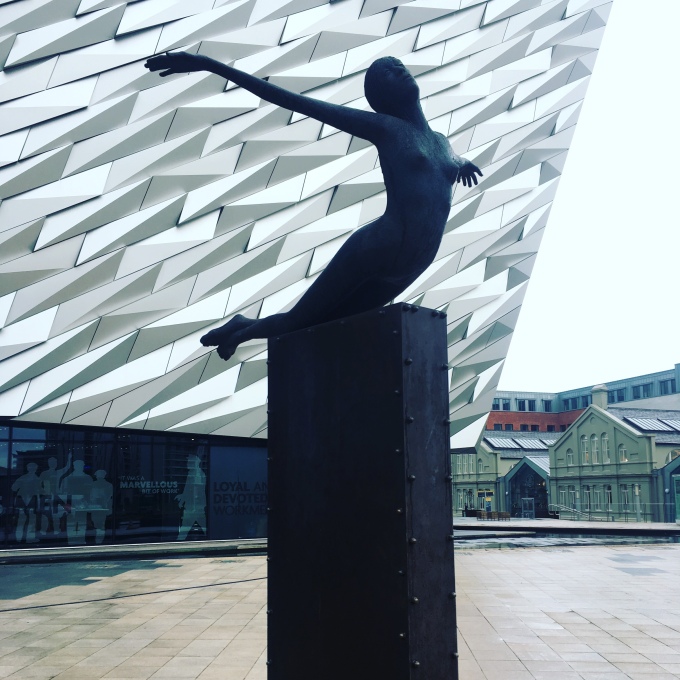 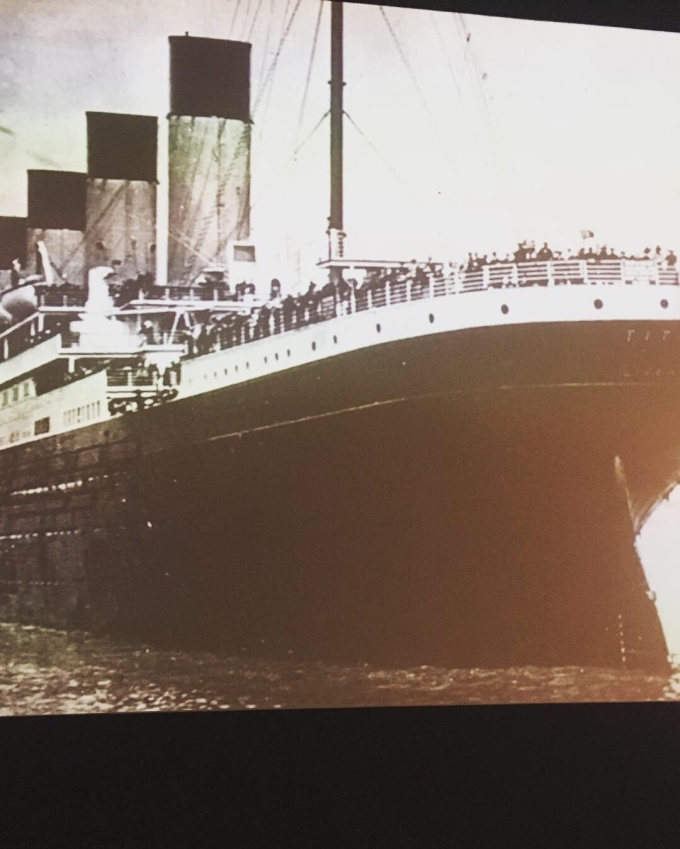 The museum details stories of survivors and people who lost there life onboard the Titanic. Also, what happened in the aftermath of the sinking. In one part of the museum you can actually hear the real voices of people who were on the ship and what SOS signals were sent to nearby ships.

At the very end there’s a theatre which shows a recording of a special diving capsule that has videoed the wreck and objects left at the bottom of the ocean. You can clearly see people’s belongings and the Titanic itself. 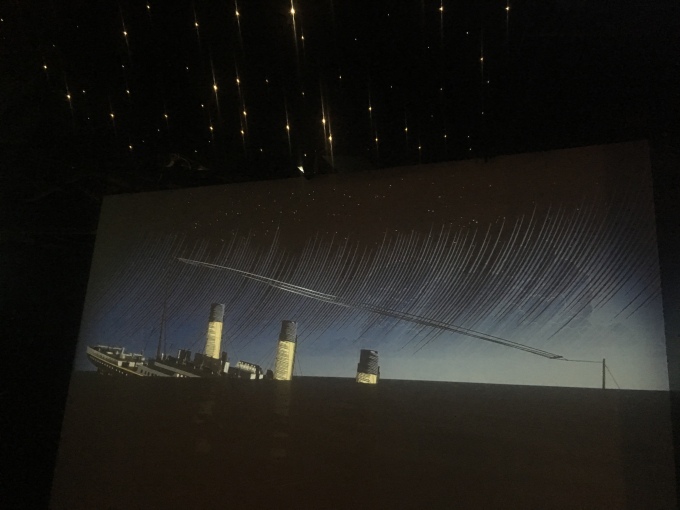 The museum is well worth a visit. Get it on your travel list.

After a long afternoon we headed back to our hotel (via Uber obviously) and got ready for a night out. We were told by a taxi driver that the Cathedral Quarter was a good place to go, as the pubs and bars are close together.

The first pub we went into was Harp Bar. It’s your typical Irish Pub. It’s quite big…on the left there’s a room where the bands play and the other rooms you can sit and have a drink. It was very busy when we went and be prepared to be barged into…a lot. 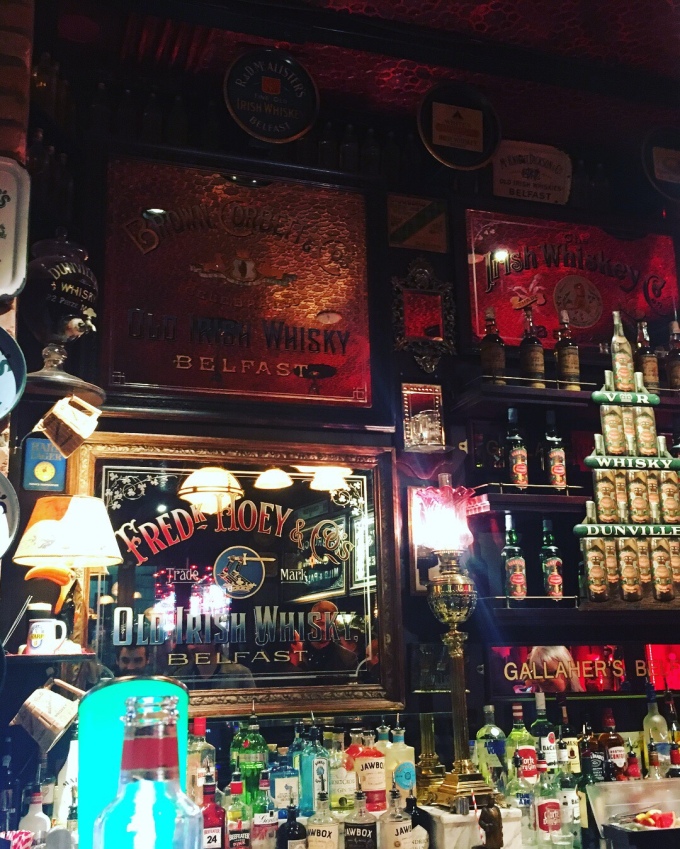 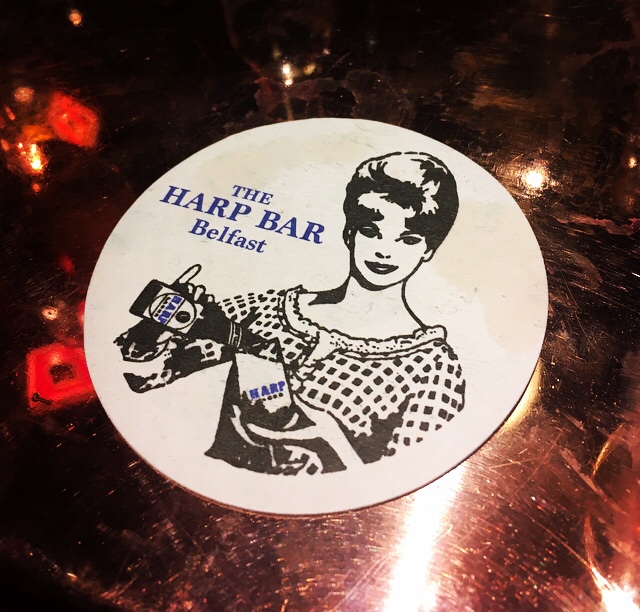 We then headed to a place just a bit further down the road called The Dirty Onion. This was awesome. It’s just a massive beer garden. It had a live band and everyone was dancing around having a great night.

Just a bit further down the road was a club called Ollies. When we arrived there wasn’t many people in and we had the dance floor to ourselves. It also had a couple of fake swings. Great IG photo opportunity. 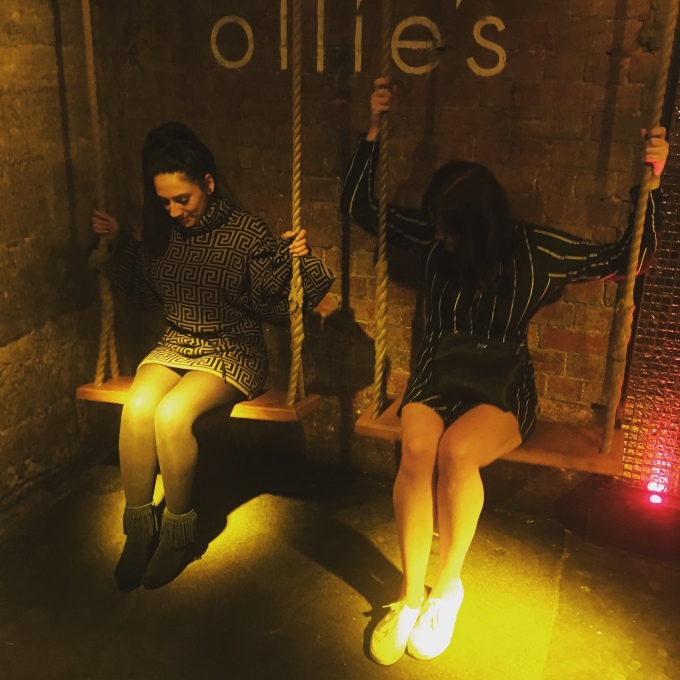 The next morning we were up bright and early. My friend was having a little trouble as she was still a bit squiffy from the night before, but we had to go and get to the International Youth Hostel to be picked up for our Game of Thrones tour.

We booked the tour before we went via Trip Advisor through a company called McCombs. It cost around £30 and lasted 9 hours. It consisted of various Game of Thrones sites and a visit to The Giants Causeway.

The tour took us to the steps in Carnlough were Arya Stark climbed up to Braavos from the water after being stabbed. We literally had ten minutes here and then the coach swiftly moved on to our next location.

Next on the list were the caves where Melisandre gave birth to the shadow baby. The caves are located in the town of Cushendun. We literally ran off the coach to the caves, one quick photo and back on the coach. Our coach driver and tour guide was really funny and did constantly remind us to be back on time, as he would leave us behind if we weren’t back on board.

My favourite part of the tour was a visit to the Carrick a Rede Rope Bridge. It does cost extra to cross the bridge and when your at the other side you have to come straight back over because you’ve not got much time before you need to be back on the coach. However, I really enjoyed it but one of my friends discovered she has a fear of heights. 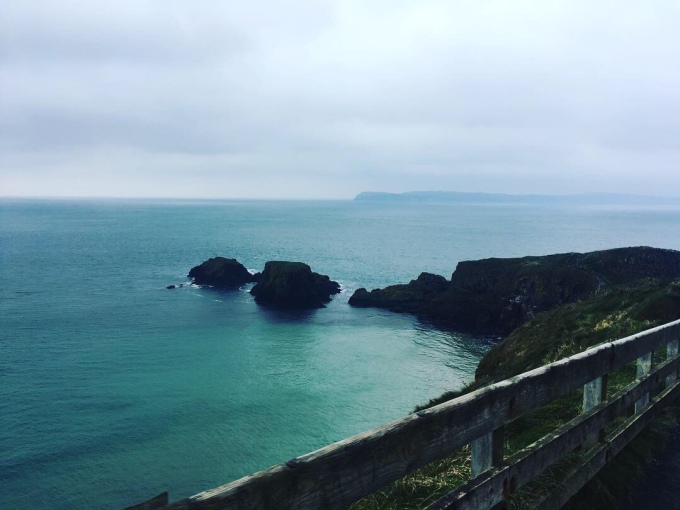 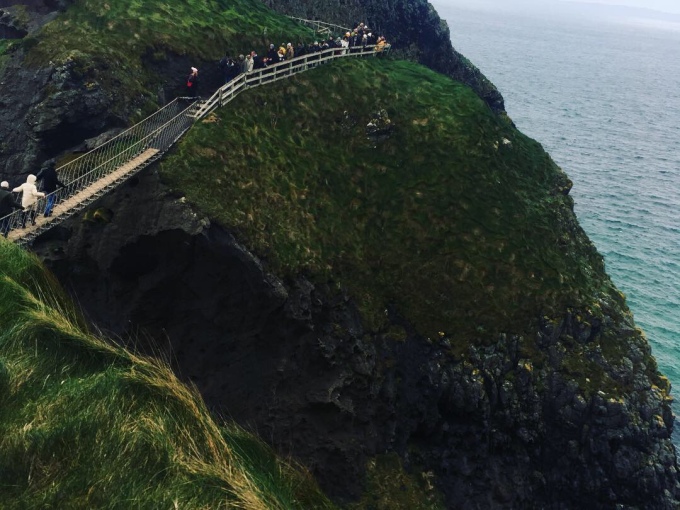 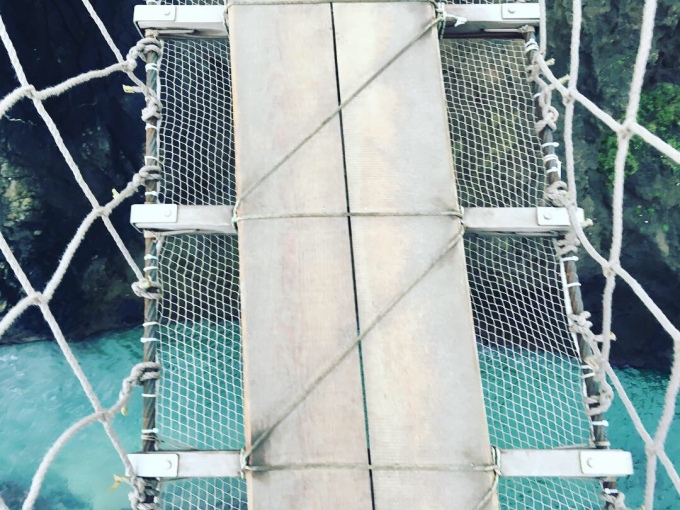 After this stop it was time for dinner after a quick visit to the Ballintoy Harbour. At this point we were pretty shattered and sat on the coach for five minutes. We couldn’t face the walk down the hill and back up again.

It was finally time for a stop in a pub. The tour guide will ask you to preorder any food before you get here. You don’t have to order anything but you can sit and have a cuppa tea if you like.

The Giants Causeway was next on the list. This was pretty cool. There’s a lot of walking on the trip. However, there is a little bus that can take you down and back up for a small fee. I wish we had more time here because it looked awesome. The rock formations were incredible and if you believe in giants, this is the place to visit. 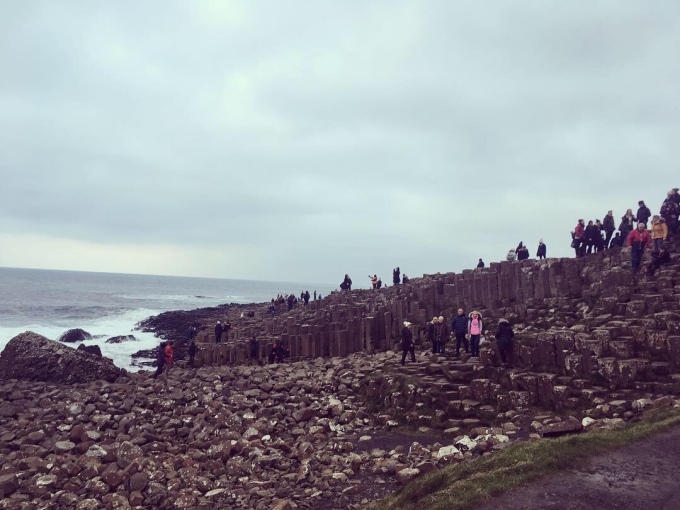 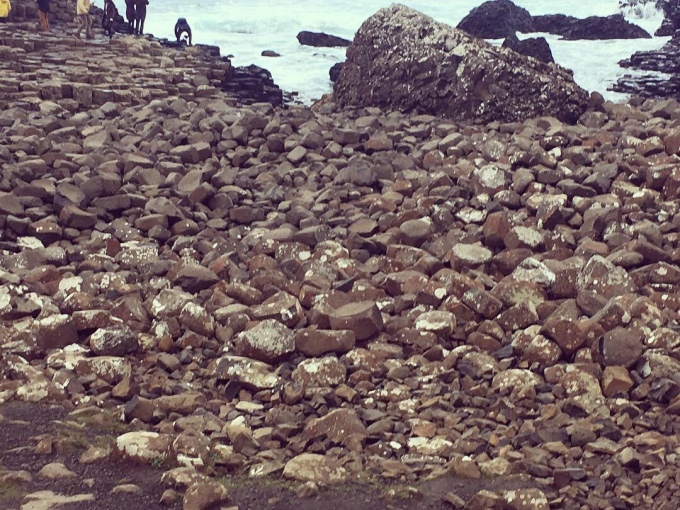 So our tour guide made it pretty clear all the way on the tour that if your not back on time, you will be left. Two people from our tour did not arrive back and were left here to make their own way back to Belfast. I hope they made it back!

Last but not least on the tour was a quick visit to Kings Road formally known as the Dark Hedges. Our tour guide explained that in the summer the police had closed the road off due to people parking illegally and stated to fine every car £30. Luckily we managed to jump off the coach for a quick picture. 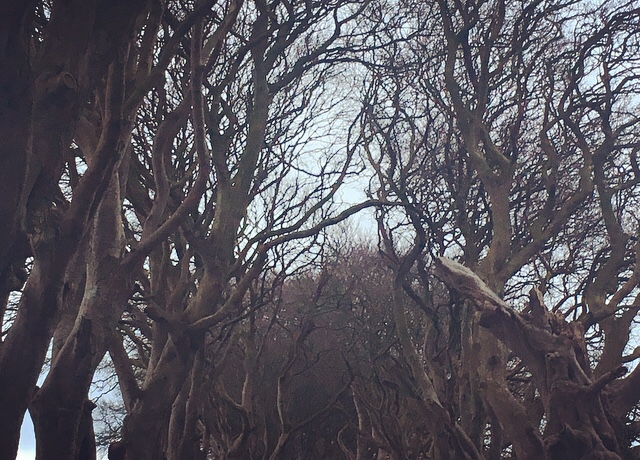 We then got back on the coach and headed back to Belfast. It takes around an hour to get back to Belfast and we were ready to hit the pubs again for round two.

It was a very cold night and wow…it was very busy. People were queuing up outside nearly every pub and bar. We decided to check out a bar called 39 on Gordon Street. It had a band playing some funky covers and we sat at the bar with our wine and sang the night away.

We didn’t have much time to do anything else on the Sunday. Apart from sleep in (check out wasn’t till 12), eat breakfast and catch an Uber to the airport. 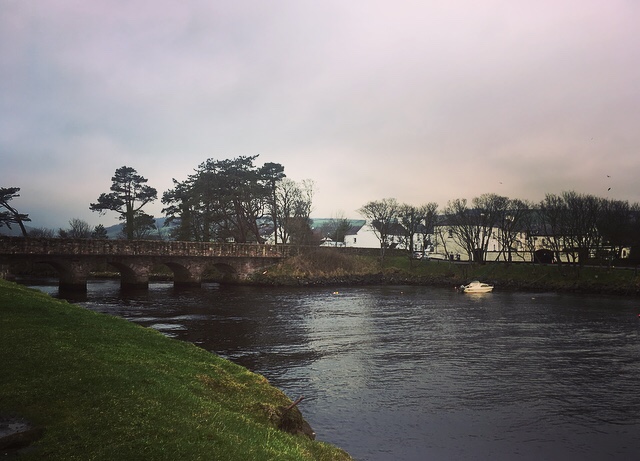 Just a few tips. If you do the Game of Thrones tour be prepared to walk and sit on a coach for long periods. Make time to actually see the city, as we didn’t have much time left on our trip and research places to eat. We failed at finding places and ended up in a kebab house most nights.

Until next time Belfast…